RESTful API for the Internet of Sheds. You'll also want the Arduino stuff 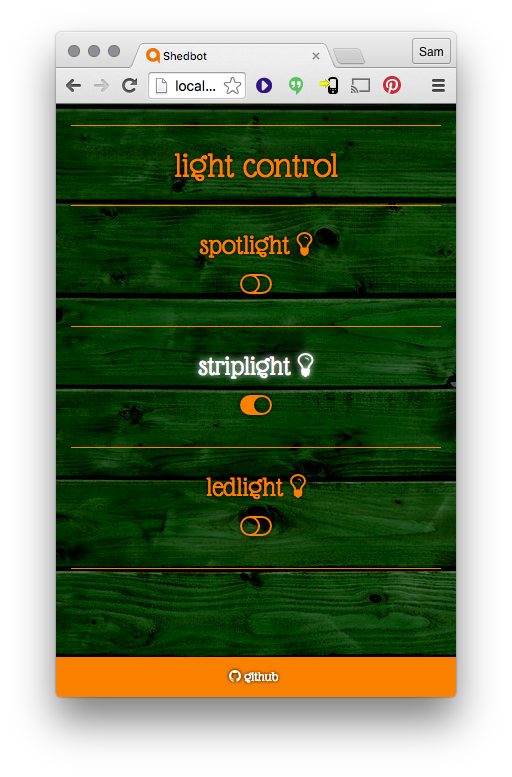 There is a config/config.yml file (which should be overriden at ~/.shedbot/config.yml) which looks like

This associates a light with a (logical) pin

If RUBY_PLATFORM matches /arm.*-linux/ then the assumption is made that this is running on a real Raspberry Pi, where PiPiper will work properly - if some other OS is identified then fake pins are used for testing

will (attempt to) set the light identified by :light to on. This is the method called by the controls in the HTML front-page

will return a JSON object describing the state of :light, thus:

Because this is interacting with the Real World of Physical Things, we should not assume that setting state=on actually causes anything to happen. This all needs to happen asynchronously (via a Sheduler, thanks @floppy) and then the actual status can be reported back on a different endpoint

I gave a talk about this

I have spoken about this nonsense in public: at EMF Camp 2016, and at an ODI Friday Lecture. The latest iteration of the slides is here 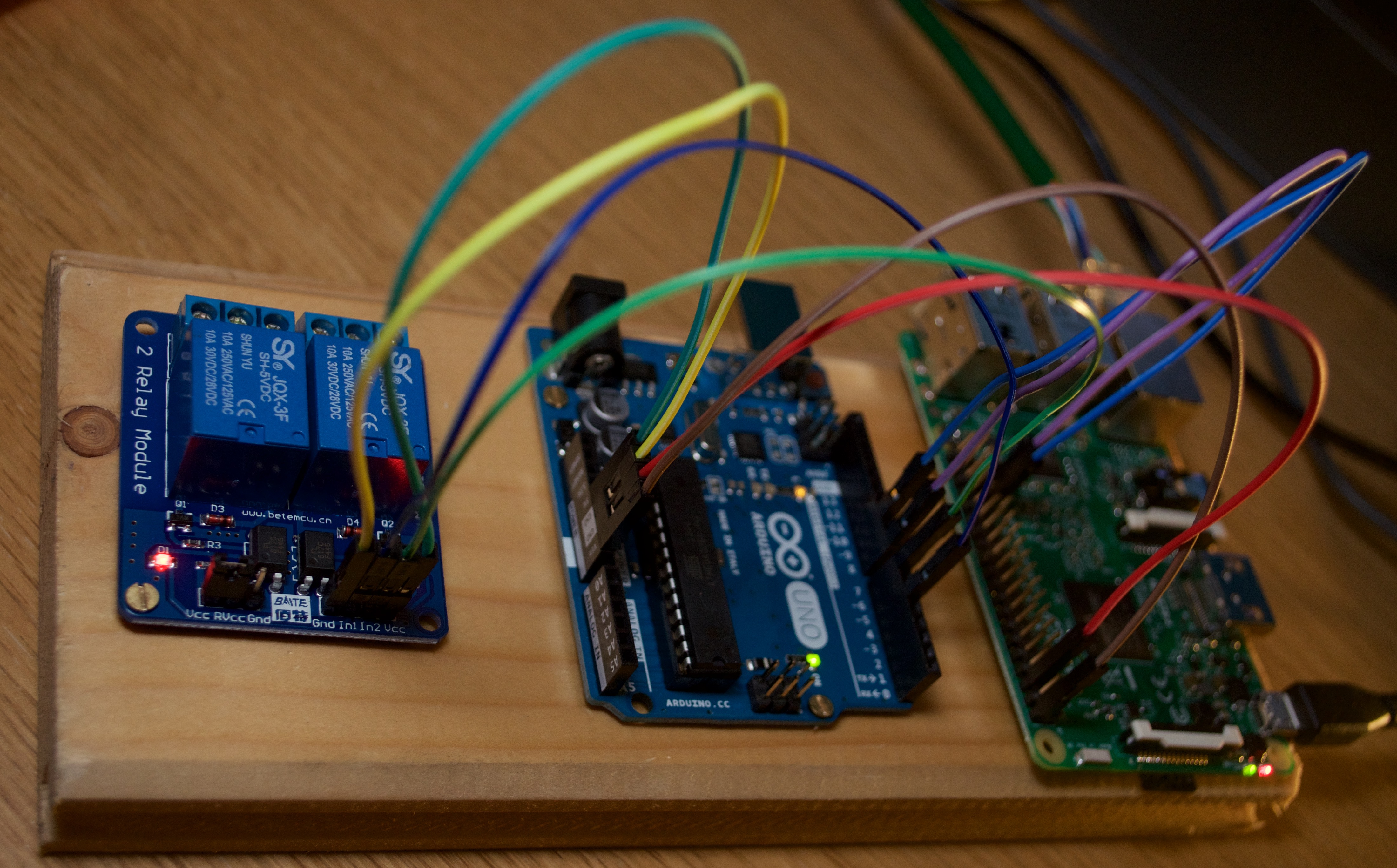