Counting in binary to solve the Towers of Hanoi

Surely there are easier ways to do this?

Yes, there are. This is very much a Solved Problem. However, I was inspired to implement this solution after watching 3 Blue 1 Brown's fascinating video, in which Grant relates the Towers Of Hanoi to the Rhythm Of Counting In Binary: 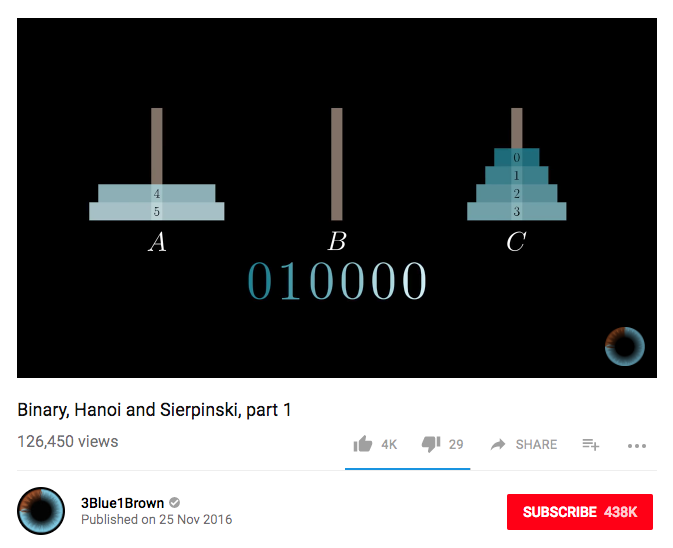 There is a constrained variant of the problem, with the restriction that a disc may only move to an adjacent stack. I've also implemented the solution for this (which maps to the Rhythm Of Counting In Ternary) - you can run this with

To use it in your own code, try something like:

which will give you:

where moved is the disc that was moved last

In order to over-engineer this, I've wrapped a very thin Flask app around the MicroDot pHAT. Try

to watch this all play out on the pHAT: 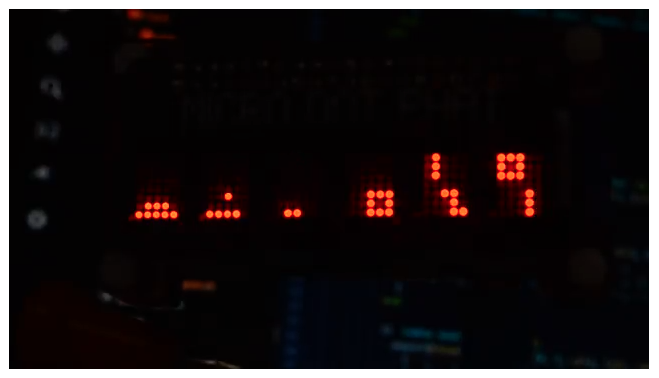 Who hasn't, at some time in their life, wanted to play Towers of Hanoi on the Github commit-history graph? I've now built a formatter to generate output suitable for this - see hanoi-painter for more on how it all works